Best Place to Eat in Edinburgh. The centre of Edinburgh has two restaurants specialising in mussels. But the kitchens of Scottish restaurants are not only filled with mussels: oysters, salmon, crab, scallops and much more can also be found here.

With the Atlantic Ocean on Scotland’s shores, this is the ideal place to enjoy one of the largest varieties of fish and shellfish in the world. Edinburgh is fortunate to be able to bring these ingredients to the dishes of many of its restaurants; in particular, mussels might be its star product!

After braving the many slopes you have to walk up and down in the Scottish capital, you will surely work up an appetite! Although there is a common stereotype that Scotland eats badly, I’d like to debunk this myth a bit. In my article about the best places to eat in Stirling, I described some classic Scottish dishes, like haggis, so this time I’ll introduce some other products, from the land and sea.

The centre of Edinburgh has two restaurants specialising in mussels. But the kitchens of Scottish restaurants are not only filled with mussels: oysters, salmon, crab, scallops and much more can also be found here. While you can enjoy this fresh, local produce in almost any corner of Scotland, the VisitScotland team has compiled their picks for the 12 best seafood sthacks in the country.

Scotch pie, a type of meat pie, is another of the delicacies that can be tried in Scotland. This is usually a stew of beef, lamb or another meat, protected by a hot water pastry. I say “protected” because originally the pastry was only used as a case for baking the meat in, but eventually, people realised that the pastry was worth eating too! Pies aren’t just made with meat, but can also be filled with many other ingredients - even macaroni! With so many options, in order to find the best in the world, the Scots created "The World Championship Scotch Pie Awards" in 1999, which chooses the best pies across 11 different categories. Dare to try some of these Scotch pies in the city's restaurants!

After this master class on Scottish gastronomy, it's time to taste them for yourself, sampling the flavours and smells of these dishes, to verify that the Scots do indeed eat well!

If you want to eat quality Scottish food at a good price, this is the place to go. This family-run restaurant has earned a great reputation for its traditional Scottish cuisine and its high-quality ingredients. In addition, all the produce it uses comes from the country, whether the sea or the land. It currently has two stores in Edinburgh and one in Aberdeen. For me, this is without a doubt one of the places you can't miss on your visit to Edinburgh, serving the best traditional Scottish food in the Old Town. 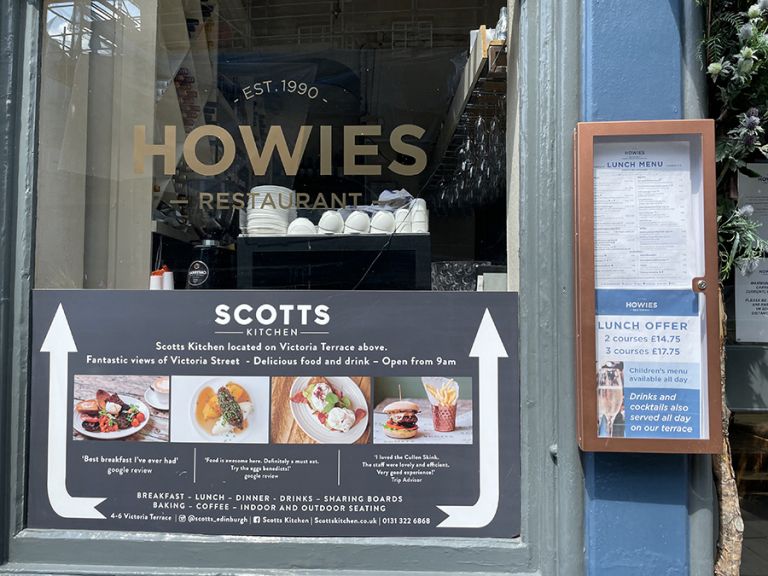 This is a traditional Scottish pub steeped in history where you can taste some of the country's most iconic dishes, including haggis. This pub is centrally located on the Royal Mile, with the kitchen open until 9.00 pm, followed by live music every day from 10.00 pm. I also recommend their Scottish breakfast! One of the best pubs on The Royal Mile. 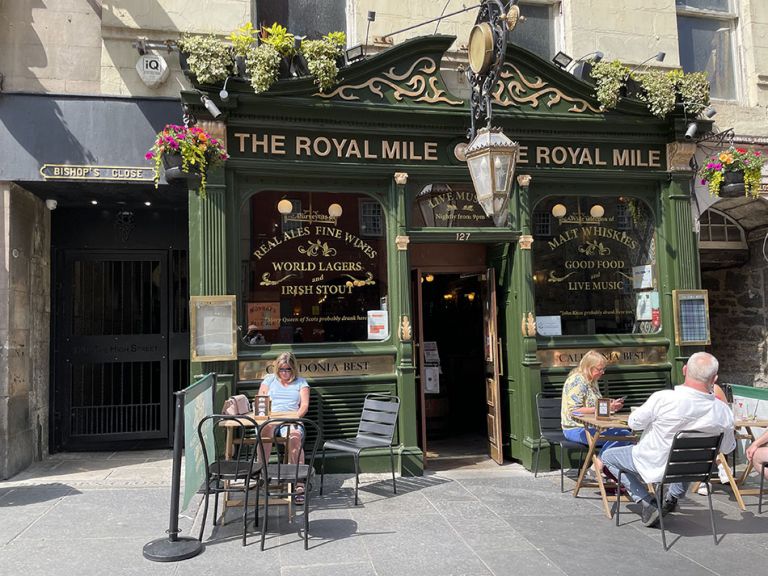 Attached to the Royal Mile Tavern, this is another traditional, historic pub on the Royal Mile, which opened at the beginning of the 19th century. If you do choose to go in, you will be instantly hooked, thanks to its excellent selection of craft beers, whisky and gin; as well as being a restaurant with an extensive menu of traditional food, from Scottish breakfasts to the classic Scotch pies. This is a place I always like to take visitors to the city.

If you want to surprise a loved one, don’t hesitate to take them to this place. It’s one of the most spectacular bars and restaurants in Edinburgh’s New Town, where the only thing missing from the atmosphere is James Bond himself entering to order a martini (shaken, not stirred). You can have almost anything, from infusions in the coffee room, to drinks and dinner (I recommend booking for the latter). And although it sounds strange at first, you simply must visit its luxurious bathrooms on the far right, next to the dining area. 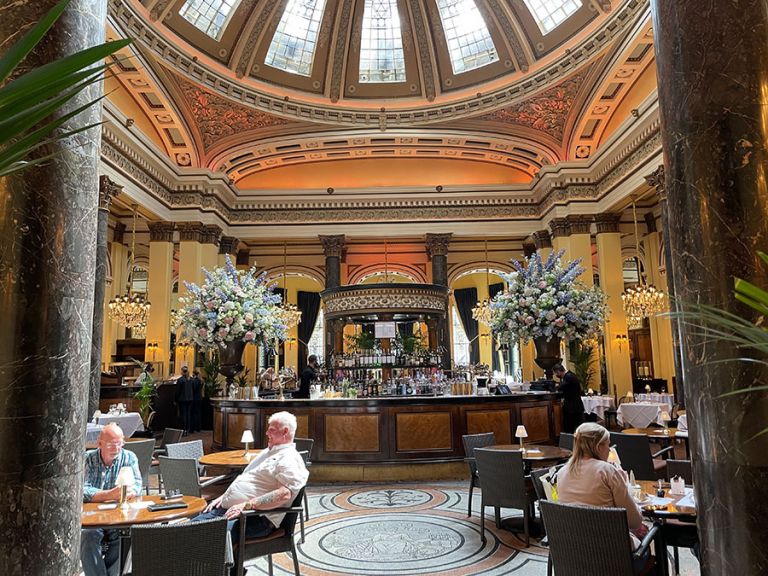 This is one of the best restaurants in Edinburgh to taste seafood, especially mussels and seafood chowder, which is a cream of potatoes, fish and seafood that won’t disappoint. 75% of its mussels come from Scotland, and the remaining 25% from nearby Ireland and England. And if you like oysters they have quite affordable prices for them too! Accompany these dishes with any of the wines from their extensive menu. Without a doubt, one of the best restaurants to visit in the Old Town. 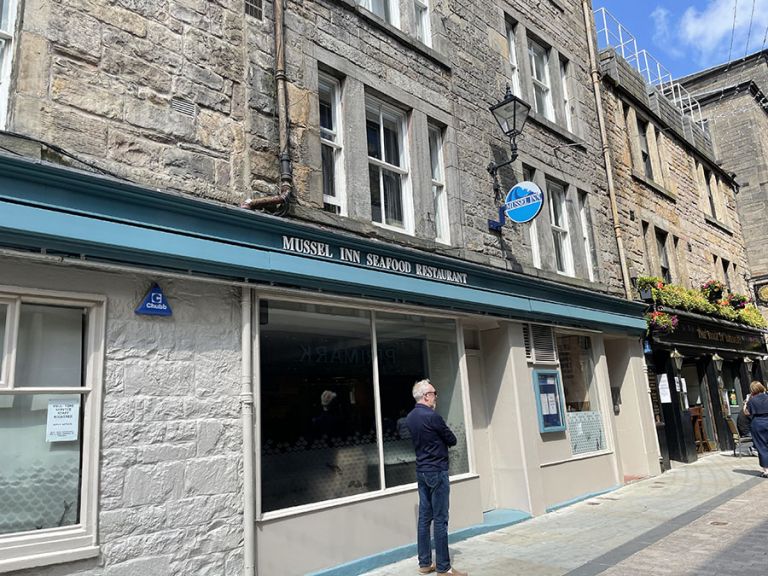 6. The Mussel and Steak Bar

This restaurant, specialising in seafood, opened in 2005, and thanks to the quality of its dishes, it has become famous both among visitors and locals alike. It has a very affordable lunch menu, served from Monday to Thursday, between 11:30 am and 3:00 pm, and Friday to Sunday from 11:30 am to 4:00 pm. This is one of the most popular choices in the Old Town.

One of the most romantic restaurants in Edinburgh, this is a great place to invite that special person. It’s unlike anywhere else in the city and has views of one of the most iconic streets of Edinburgh, Victoria Street. To dine in this quality restaurant, which uses local, Scottish produce, reservations are highly recommended. 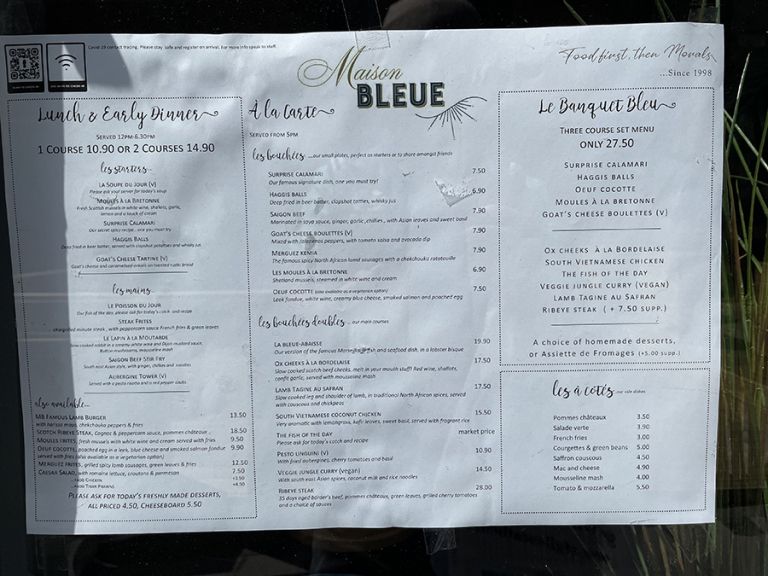 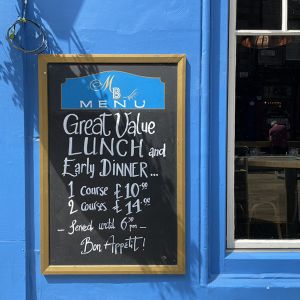 I’ll never get tired of saying it, but one of the most important inventions in Scotland, after whisky and kilts, is Oink where you’ll find the “best pulled pork sandwich you'll ever try”. Alan Marshall and Sandy Pate are two farmers from the south of Scotland (the Borders region), where they raise pigs and sheep, feeding them exclusively with natural products. It was in 2001 that they came up with the brilliant idea of ​​bringing their products to the capital of Scotland, Edinburgh. In the window display of each of its three venues, you will see the roast pig of the day, used for the pulled pork sandwiches, which are simply poetry for the palate. You can't leave Edinburgh without trying it! 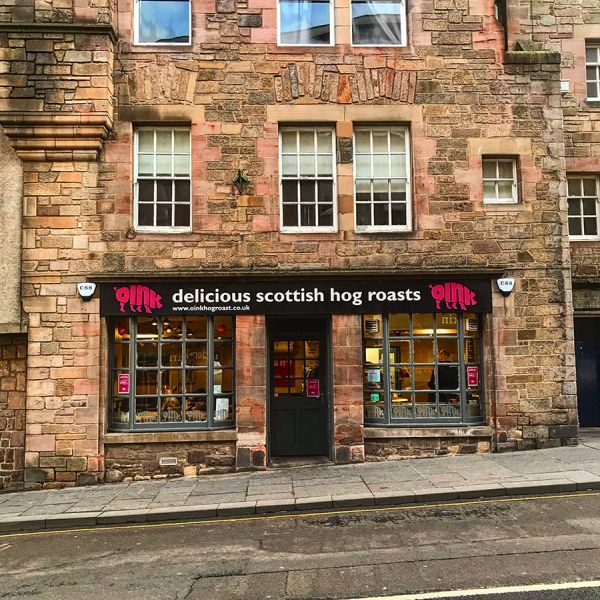 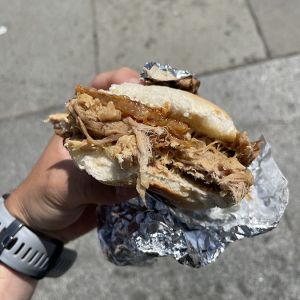 With a menu full of vegetarian and vegan options, this small restaurant specialises in healthy and organic food. It’s great value for money, and among the best of the best establishments in the Old Town, located on Victoria Street not far from Oink (ideal for vegetarians travelling in the company of meat-eaters!). Their natural juices will enchant you, and it’s a great option for breakfast or lunch (it closes at 6:00 pm). 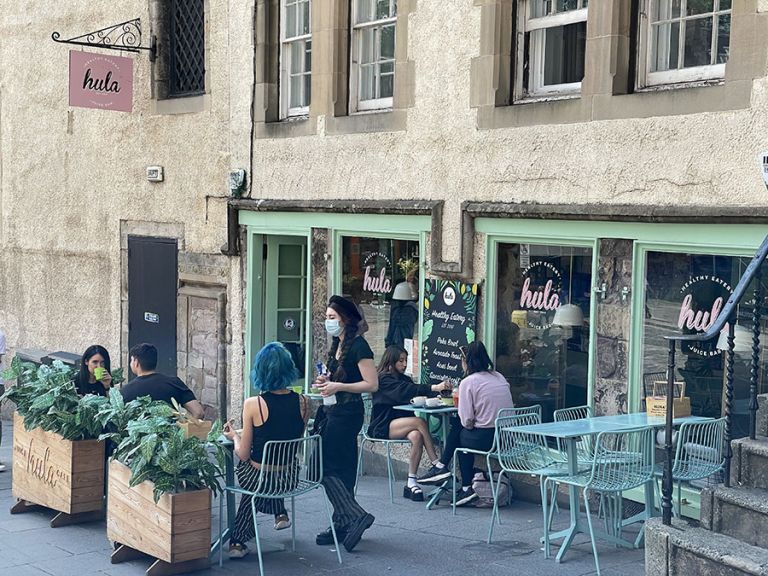 This is the perfect place to have a classic afternoon tea, with pastries or their irresistible carrot cake, served by their charming staff in a setting straight out of a novel.