14 Things to See & Do in Edinburgh

Best things to See in the Capital of Scotland

Home>Posts>14 Things to See & Do in Edinburgh

Edinburgh is a city that can boast about having two historic centres: the Old Town, with 3,000 years of history, and the New Town, with (just) 250 years of history; but one cannot be understood without the other. Together they were named a World Heritage Site by UNESCO in 1995, a well deserved honour. An enchanted and enchanting city, there will be no doubt in your mind that you will want to visit again.

I hope that with this list of sites, you can fully enjoy the city, its secrets and its corners. However, I imagine that after visiting all these places, you’ll be pretty hungry; for this, check out our article about the 10 best places to enjoy traditional Scottish food. And, if after such a busy day, you still want to go out and discover the city after dark, take a look at the 12 best pubs to enjoy Edinburgh's nightlife.

This street, which is located in the Old Town, links Holyrood Palace and the Castle. It’s the most iconic street in the city and is made up of five sections or five smaller streets; from bottom to top, these are Abbey Strand, Canongate, High Street, Lawnmarket and Castlehill. Here you will also find alleys to the left and right of the Royal Mile or, as they are known here, closes. Some will surprise you with their unique charm, for example, White Horse Close, or because they have been used to film scenes for the popular series, ‘Outlander’, such as Baker Close. You could spend the whole day here, because so many of the things to see in the city can be found on this street. 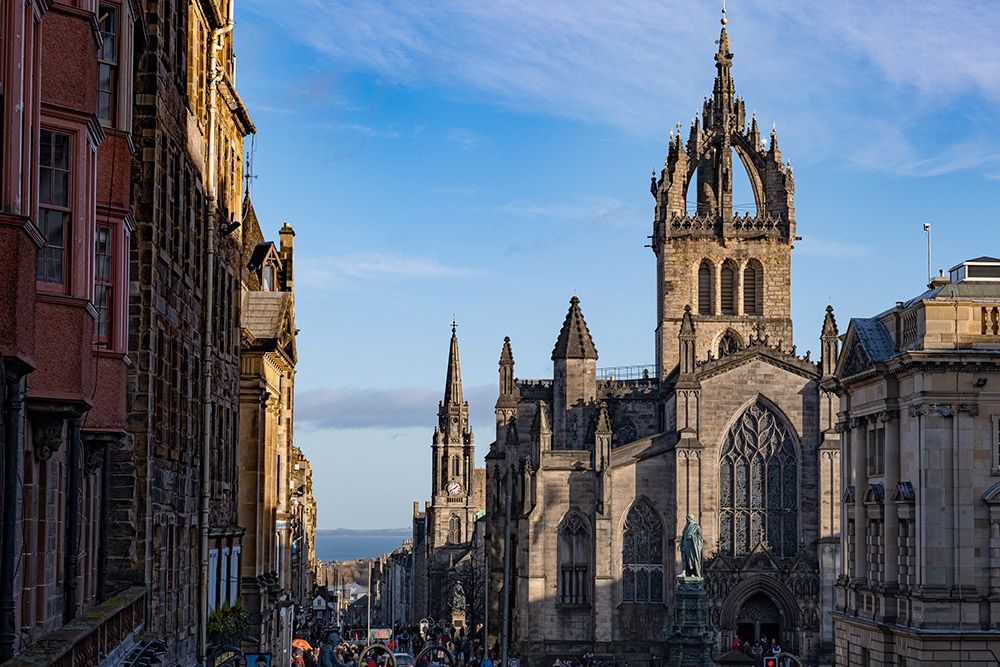 This is located at the top of the Royal Mile, and is a must-see attraction during your visit to the Scottish capital. Standing on the top of an extinct volcano, this citadel, with 2 million visitors a year, is the most visited monument in all of Scotland. Don’t miss it and, above all, don’t forget to buy your ticket in advance for a cheaper price! I recommend taking a tour with a local guide, and there are many companies in the city that offer such tours. 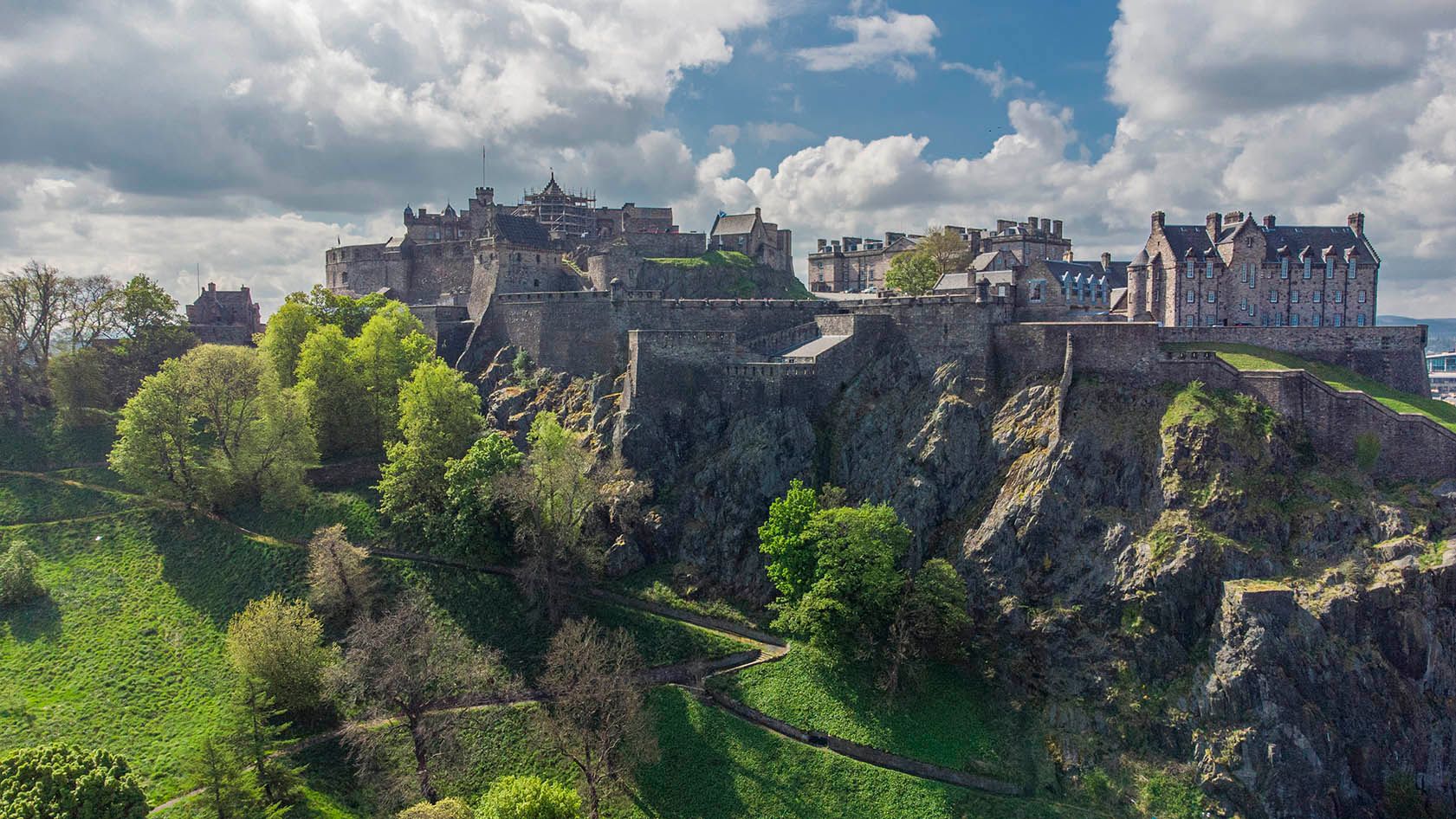 The main religion of Scotland is Presbyterianism and this cathedral was where John Knox, founder of this religion, preached until the last days of his life. It’s open from Monday to Saturday from 9am to 5pm, and on Sundays from 1pm to 5pm; admission is free. Organ concerts or performances from choirs from different parts of the world are held here almost every week; I recommend taking a look at the website to see the programme of events. Furthermore, the souvenirs in its shop (yes, it has a souvenir shop!) are actually somewhat cheaper than those in the shops on the Royal Mile. You'll find the cathedral on the High Street. 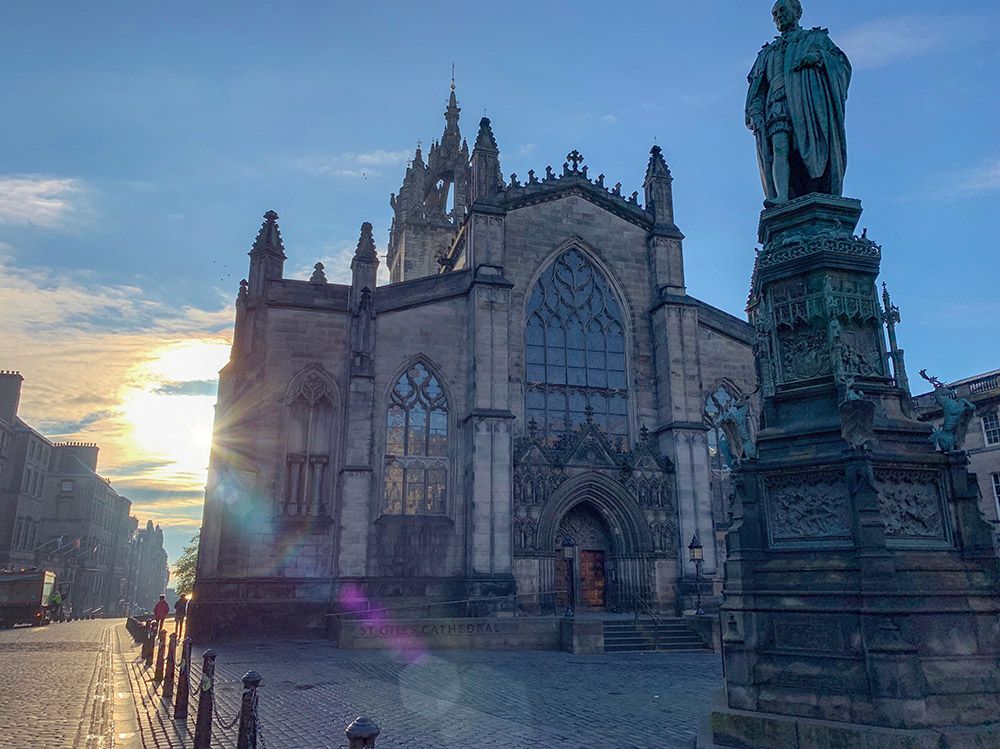 At the end of the Royal Mile, you will find this palace. It’s currently where Queen Elizabeth II resides when she comes to Edinburgh in early July every year, as well as any other member of the British Royal Family visiting. The palace is open to the public from 9:30 a.m to 4:30 p.m every day, and your visit will last just over an hour, with an audio guide included in the price. The rooms of this palace have witnessed large parts of Scottish history, where royals including Mary Queen of Scots once slept, and today they house works of art and furniture from past centuries. Also, when you finish the tour of the palace itself, right at the back of the building you can also see the ruins of Holyrood Abbey.

Considered the best museum in the country, the oldest part of the building was finished in 1866, and has been a museum since its inauguration. The central hall is built with iron, inspired by the Crystal Palace in London. The museum also underwent an expansion in the late 1990s. In the collections, you will find Scottish archaeological objects and mediaeval artefacts, as well as artefacts from around the world spanning geology, archaeology, natural history, science, technology, art and world cultures. Other highlights include the Ancient Egypt exhibit and one of Elton John's quirky costumes; but what stands out for me is the star of the museum: Dolly the sheep, the world’s first cloned mammal! The 16 galleries have about 8,000 objects in total, and it’s an interactive museum that both children and adults will enjoy. Open daily from 10am to 5pm, with free admission. 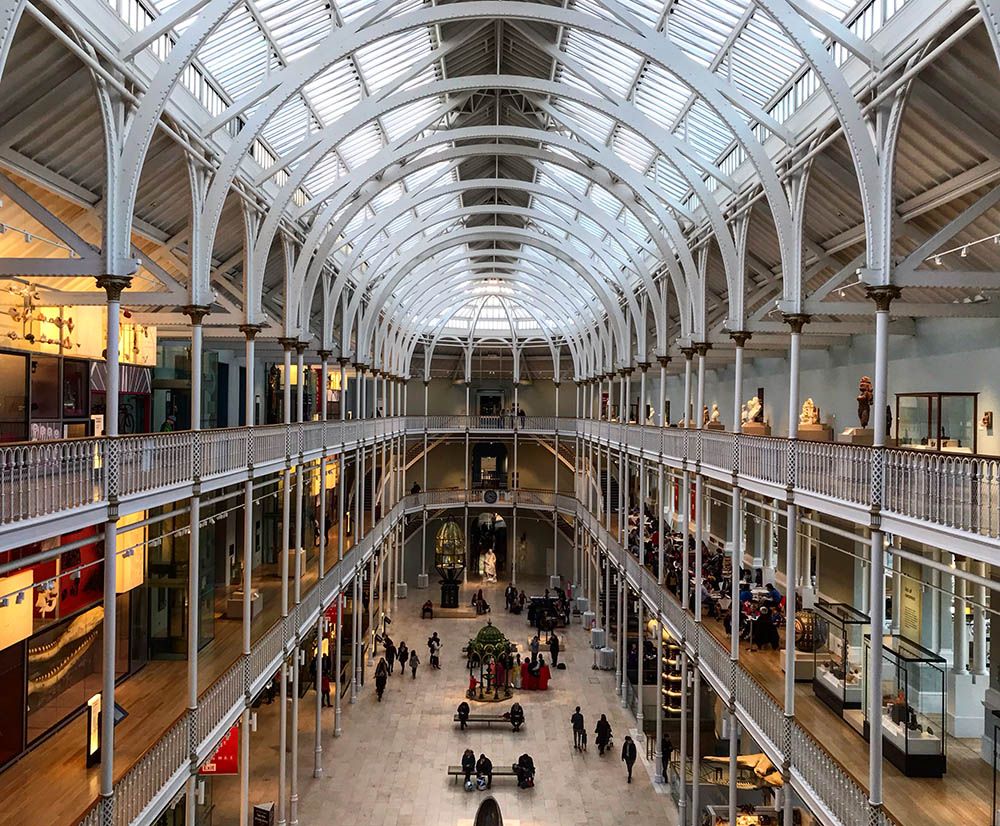 Like the National Museum, this gallery is also free, and open from 10am to 5pm, but on Thursdays until 7pm. It’s over 150 years old and was designed by the famous Scottish architect, William Henry Playfair. The gallery stands out for having collections from all over the world, and from the Middle Ages to the present day. It also has temporary exhibitions, which require an entrance fee, but are definitely well worth visiting.

You can find this museum through Lady Stair's Close, one of the alleys off the Royal Mile, which will lead you to a very picturesque little square and the historic building this museum is located in. Inside, you will find original works by the writers Robert Burns, Sir Walter Scott and Robert Louis Stevenson, probably the three most famous Scottish writers outside its borders and the most important within them, as well as other objects. The museum is open from 10am to 5pm every day.

This is the most important cemetery in the Old Town. It’s also believed to be the cemetery with the most paranormal activity in Scotland, to the point where part of the cemetery has been closed off to the public. This part is known as the Covenanters’ Prison, where George Mackenzie imprisoned and tortured hundreds of Scottish Protestants who were fighting against the King in the 17th century. However, it was not until the 90s that a series of inexplicable, possibly supernatural events began to occur, after the desecration of the Mackenzie family mausoleum. This cemetery is open 24 hours a day, so if you dare to visit at night and something strange happens to you… perhaps report it to the Faculty of Parapsychology at Edinburgh University!

It’s also home to the tombstone of Greyfriars Bobby, the most famous dog in Scotland; so popular that Disney adapted the story into a movie. As well as Bobby’s headstone, you will also find graves with the same names as some of the characters in JK Rowling's series of novels, Harry Potter. This fascinating churchyard is located in the Old Town of Edinburgh, very close to the Grassmarket.

As well as his headstone, Bobby also has his own statue right in front of the main entrance to Greyfriars Kirkyard. This faithful little dog spent 14 years visiting the grave of his owner, John Gray, an act which earned him the fame that led to his film, and above all, to the hearts of the Scots. The statue is a must-see stop, and it’s said that you’ll get good luck if you touch Bobby's nose. But be careful not to be seen, as the people of Edinburgh don’t believe this superstition and don’t like anyone touching Bobby's nose, so you might attract some negative attention!

Don’t forget to visit his tombstone either, where you will see that people have left him sticks to play with instead of flowers. 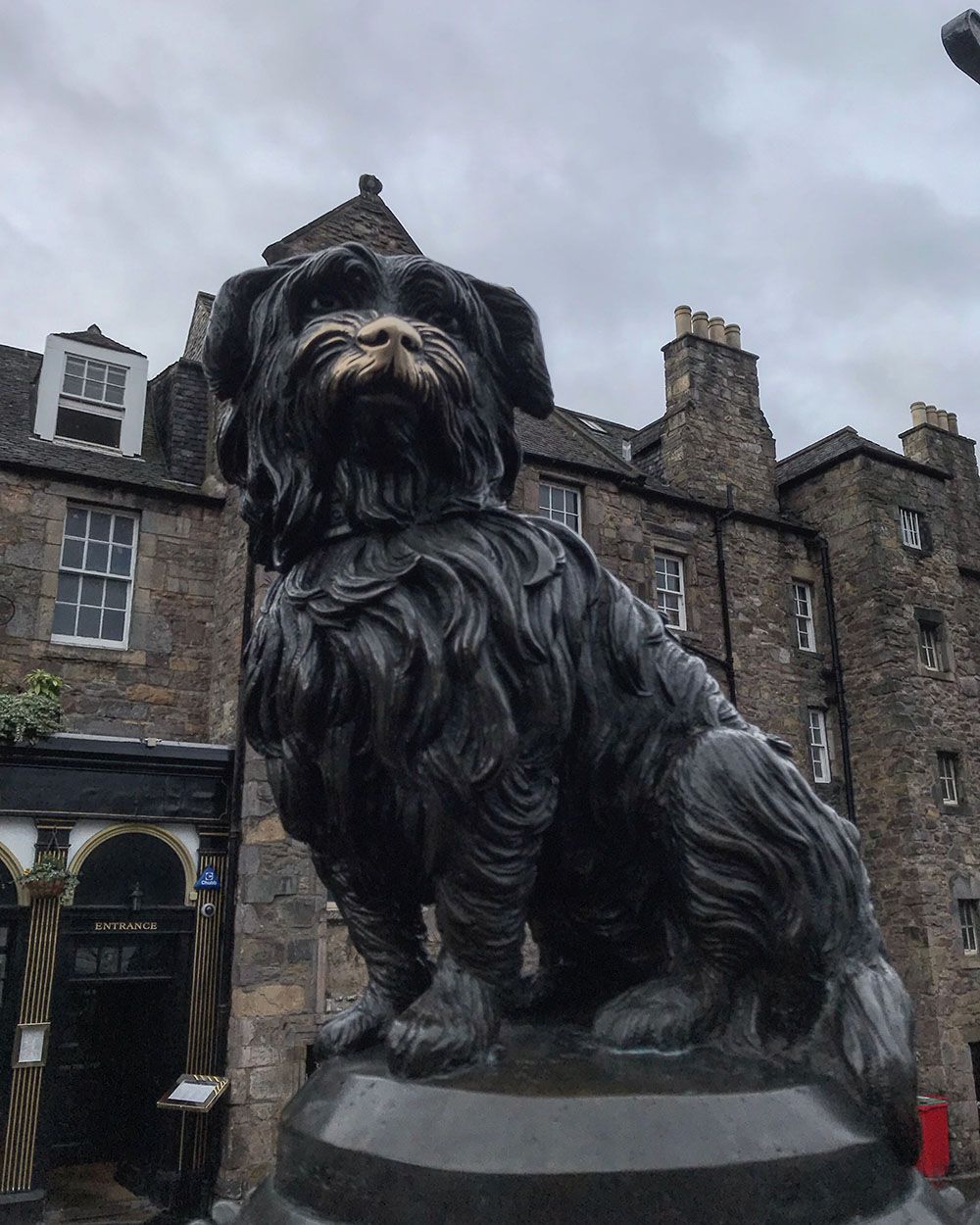 This cobbled street has a very pronounced curve, starting at George IV Bridge and ending at Grassmarket Square (or vice versa, the order doesn’t really matter!). It’s a very picturesque street, with each of the shop fronts painted in a different colour, which has made it one of the most photographed streets in Edinburgh. JK Rowling was also inspired by this street to create Diagon Alley in Harry Potter.

This hill, located very close to the centre of Edinburgh, is one of the main hills in the city and you don’t have to prepare much to climb it, since it’s quite easy. From the top, you’ll get spectacular views over the city. You can also see the iconic National Monument, an incomplete replica of the Parthenon in Athens, built in memory of those who fell in the Napoleonic Wars; the Horatio Nelson Monument, a tower shaped like an inverted spyglass; and the former City Observatory. In 2018, the observatory building complex was restored and converted into a restaurant (The Lookout), gift shop and exhibit hall. The hilltop is definitely a view I recommend both during the day and for sunset. 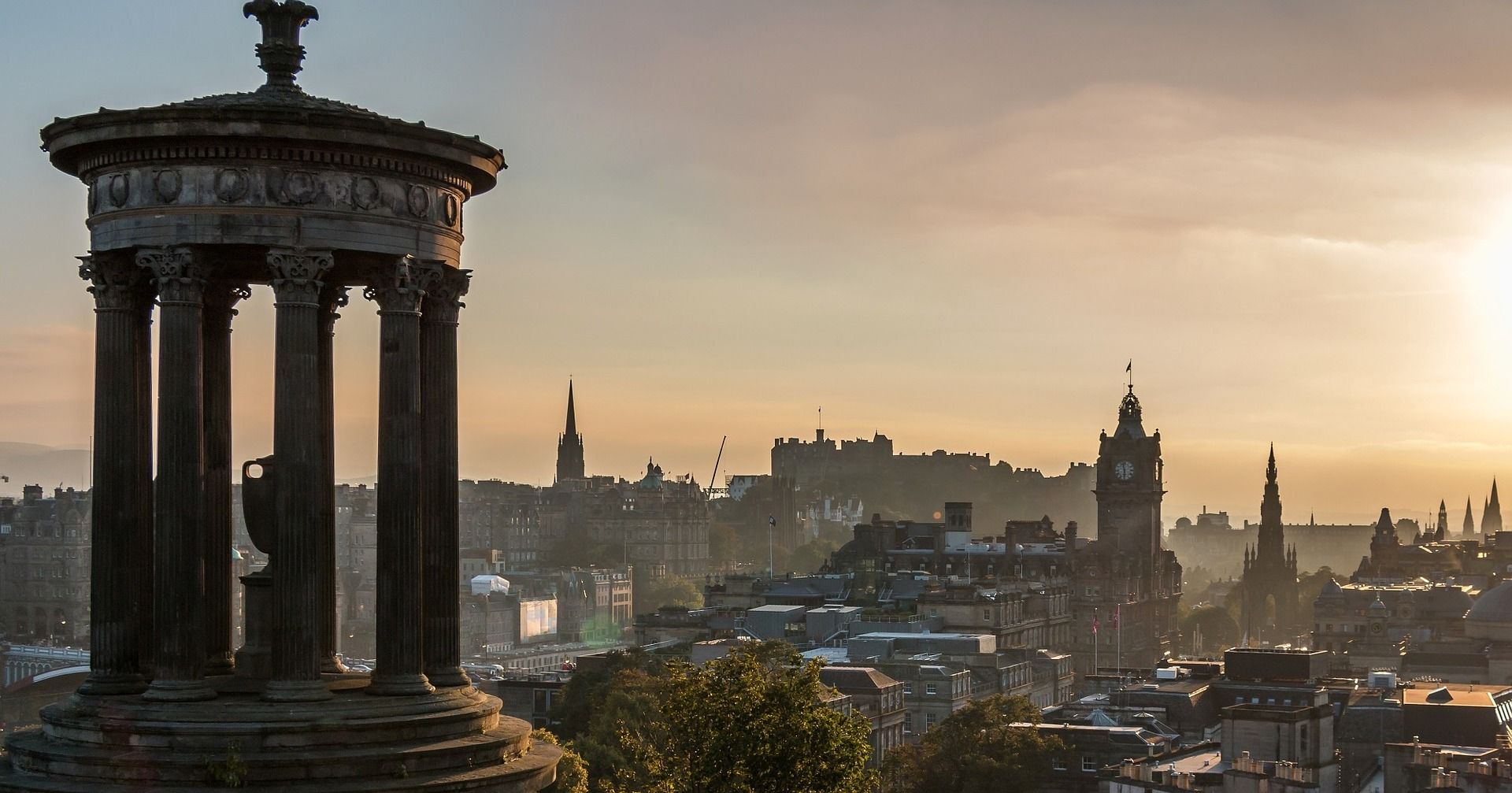 A 10 minute walk from Princes Street, this picturesque Victorian neighbourhood was built in the 1880s, when it began as a working-class village. During the Industrial Revolution, the factories needed labour and so people left their homes in the countryside to emigrate en-masse, resulting in a population spike in the big cities. Dean Village is built around the Water of Leith, a 12km river, with a magnificent walk alongside it. Here you can walk among nature even in the very centre of Edinburgh, through an oasis of peace. Certainly a must-see during your stay in the Scottish capital! 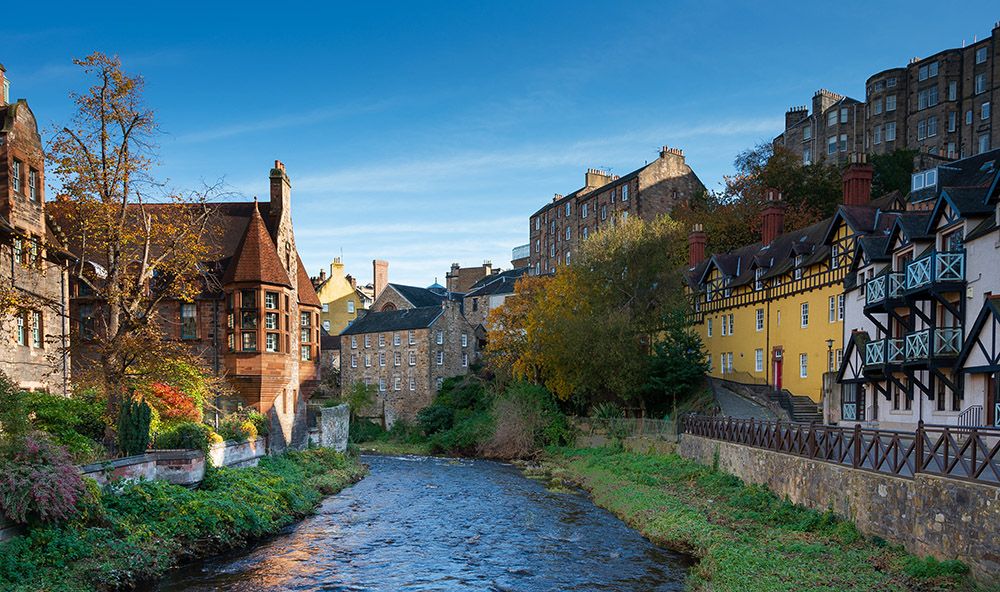 This New Town museum is located on Queen Street, and is one of the most creative and beautiful buildings in Edinburgh. It’s built from reddish sandstone, while the rest of the city is in yellow coloured stone, and the architect based the design on the Doge's Palace in Venice. This museum is also a sanctuary for Scottish heroes and heroines, where you will find portraits of everyone from kings and queens to figures from the Scottish Enlightenment. Inside you will find a library, an art gallery and the main hall, which might be the most beautiful part of the building, with a ceiling covered in constellations. 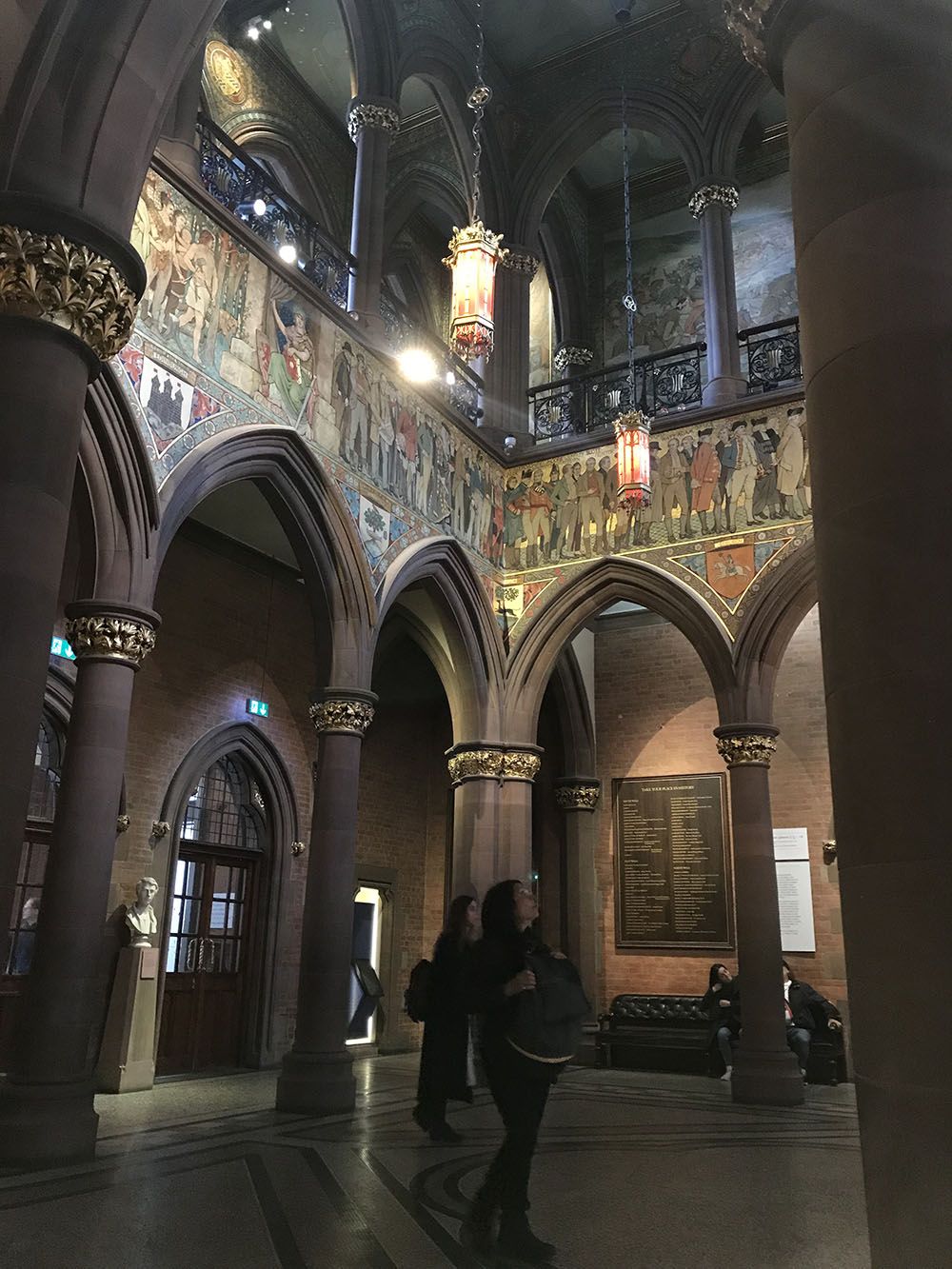 This bank is located in St. Andrews Square, in the New Town. It was originally a private residence which was later acquired by the government for use as a tax office, and in 1825, it was purchased by the Royal Bank of Scotland to use as their Edinburgh headquarters. Today it is considered the best among all UK bank buildings, so I recommend having a look if you have time. The roof is highly impressive, with a huge dome that has 120 star-shaped windows across it. When you visit the bank, go to the counter and exchange a £1 coin for a £1 note from the Royal Bank of Scotland; it's still legal tender of course but is hard to come by, and so looks much nicer stuck on the fridge with a magnet! 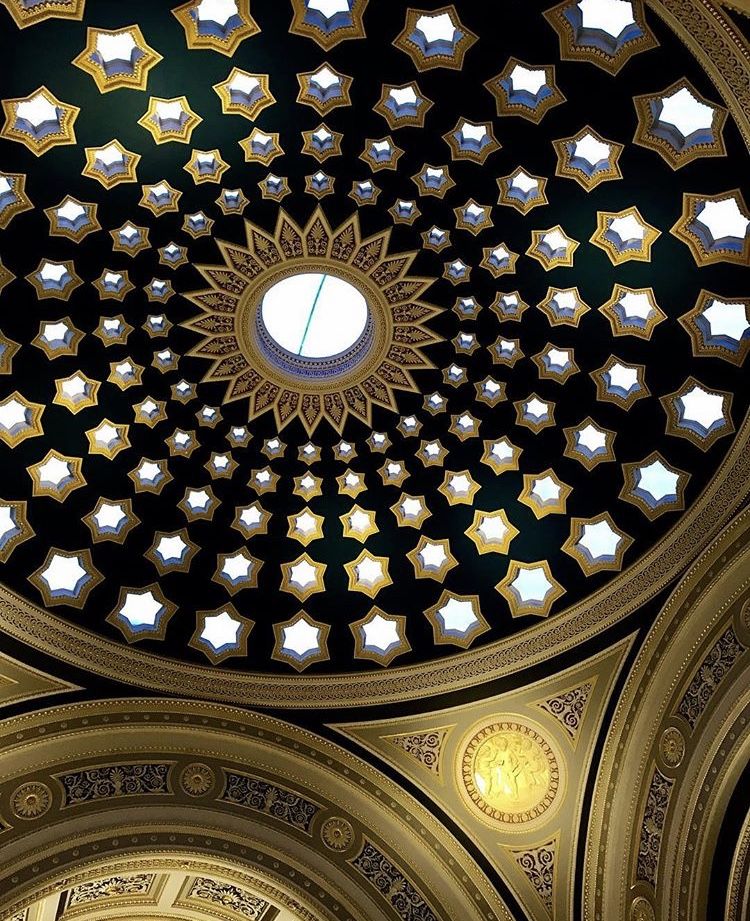 Edinburgh is full of magic, with a fairytale Old Town and a New Town reminiscent of the streets of Paris. A city where the Scottish Enlightenment was born, and with it, illustrious figures such as Robert Louis Stevenson, Robert Burns, Sir Walter Scott, David Hume, Adam Smith and many more.

Finally, I would like to end this article with something said many years ago by a true English gentleman, Sir Winston Churchill: “Of all the small nations on Earth, perhaps only the ancient Greeks surpass the Scots in their contribution to the betterment of humanity”, and of course, much of this has been attributed to the capital, Edinburgh.